The coaches and the squad travelled down on Friday with the competition being held on Saturday & Sunday. 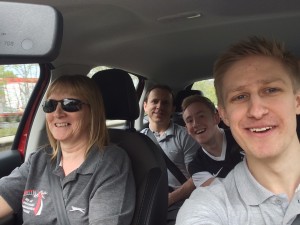 With 341 competitors performing 2046 routines over the 2 days it was our biggest Pipers Vale competition do date. 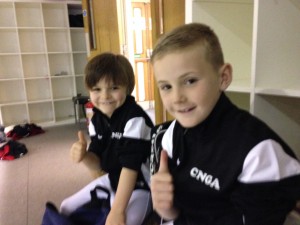 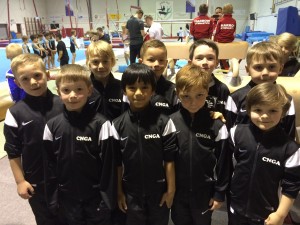 The second round of competition was the under 9s and once again this was Koby & Fin’s first competition representing the club. This age category seen 70 boys compete with Tyler finishing in 13th place with a total score of 69.55. Will scored 65.40 finished in 36th place, Fin scored 62.00 and finished 53rd, Stuart scored 61.20 finished 56th, Koby scored 61.05 and finished 57th overall. 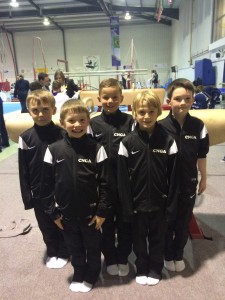 The final round of Saturday was the under 10 competition where we had Thomas & Jack competing. 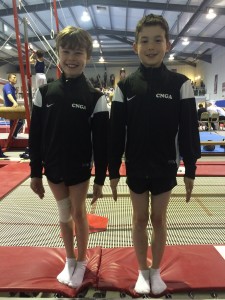 On Sunday we moved to the under 12 competition and representing CNGA was Kurtis & Freddy. Kurtis put on an excellent performance improving 11.6 marks on his English Championship results finishing with a total score of 56.40 and 22nd overall. Freddy finished the weekend off with 4th place overall with a score of 67.30 (0.2 off bronze medal) and placed 3rd on vault.

And on the way home Misha & Kyle were tired from a hard weekend of Judging….. 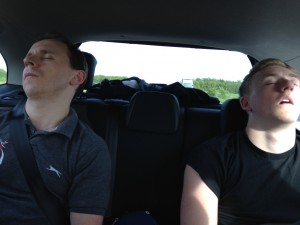 Well done to all the boys who represented the club over this weekend. Keep up the hard work.